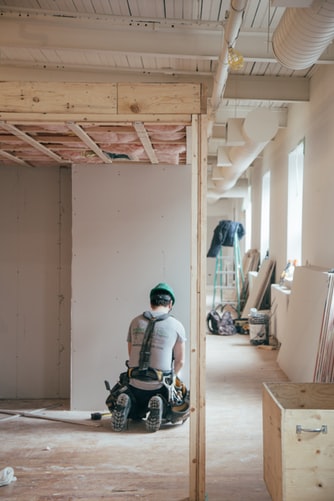 Construction is something that is talked about a lot by governments and CEOS of business but there have been countless projects over recent years that have not been undertaken despite getting to the late stages of planning and having been granted permission. In this article we will examine why this has been the case and why construction is so important in the modern day world we live in today.

One of the most notable construction project failures in recent years was the london “garden bridge” project. This fateful project was an attempt by the Government to please londoners by building a bridge across the Thames with hundreds of plants and trees.

This project highlighted the negative side of construction and what can go wrong if projects are poorly managed and not well thought out. Ultimately the government had to pay over 20 million in contract fees as well as several million more in design and architect fees despite the fact that the project never actually officially got underway.

As well as the garden bridge project there have been more successful projects that have made a real difference. One of the biggest and most expensive projects to be undertaken was the channel tunnel project. The channel tunnel project was one of the most successful projects as it was a massive feat of engineering and now allows significantly faster travel between the UK and France.

As with the garden bridge project the channel tunnel project was significantly over budget. However the channel tunnel project was ultimately a success and it has helped to transport millions of people every year since its creation. One of the main reasons for its success is that the project was well managed , had the required funds and also there was a lot of support for the tunnel being built as it was believed to improve trade and transport links between the two nations.

Why Is Construction Important?

There are a variety of reasons as to why construction is important. Here are some of the main points listed below:

Overall there are a number of different conclusions and findings that can be drawn from what has been discussed. What is clear is that Construction is a very important part of society and is needed in order to progress civilisations as well as improve infrastructure. Furthermore it is very apparent that large projects need close attention and management to ensure that they do not fail or run over budget due to incompetence and lack of due care and attention by whoever is managing or running the project.

A Guide to Finding the Right Tarmac Glasgow Suppliers

Why Maintenance Is Essential On Construction Sites